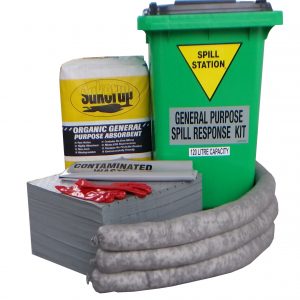 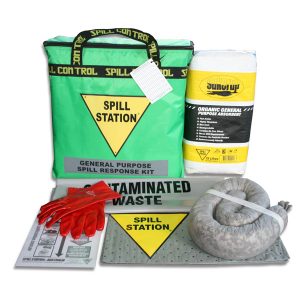 Over the last 20 years, spill kits have evolved to become a critical piece of safety and emergency response equipment. They are referred to in Australian Standards relevant to many different industries, and various codes of practice in force throughout Australia. Their importance is recognised by both environment and safety regulators in all jurisdictions.

A group of Australian spill control manufacturers and importers created the AusSpill Association in 2012. AusSpill was formed to provide a voice for the spill control industry, in an effort to encourage better regulation of spill response and control products. Once of the ways that AusSpill intends to do this is through the eventual development of an Australian Standard.

AusSpill has received letters of support encouraging the development of an Australian Standard for spill kits from various bodies, including the Safety Institute of Australia, National Council for Fire and Emergency Services, NSW EPA and SA EPA.

As a first step towards the creation of an Australian Standard, in November 2018 AusSpill members formulated an approved a set of guidelines that describe the appearance of mobile spill kit bins and also recognise a standard test method to accurately measure the sorbent capacity of those kits. Those guidelines have been adopted by AusSpill’s members.

The AusSpill spill kit guidelines have been developed in response to discussions with regulators, industry associations and other stakeholders. A constant thread in these discussions is that the inconsistent range of colours and performance of spill response kits presents a risk for responders, community and the environment where incorrect use of the products can create a safety and environmental hazard. These industry wide spill kit issues have been raised in letters in support for an Australian Standard for spill kits received from various stakeholders.

Lime green has been identified by AusSpill members as the ideal spill bin colour for two primary reasons. It is highly visible and is “readily identifiable” as described in AS1940:2017¹. The second reason for lime green spill bins is that this colour does not conflict with AS4123.7, which designates colours used to identify mobile waste bins. Waste bin colours designated in this standard include red, blue and yellow, which have also historically been used for spill kits.

To assist spill kit consumers in having a clear understanding of spill kit performance, AusSpill members have adopted BS7959-3:2007 as the standard test method for all sorbent products included in the spill kits. By providing full clarity on spill kit absorbency performance, consumers will be better able to meet their obligations by ensuring they have sufficient equipment to deal with any foreseeable spills².

The AusSpill guidelines are not an Australian Standard or a requirement of legal compliance. Manufacturers are not required to adhere to these guidelines, but AusSpill members believe that transitioning to the lime green spill kit bins and a uniform standard test method will provide a genuine net benefit for all spill kit users and the wider community.